How could I pass this one up? I was fortunate to walk on THE WALL two years ago on my solo trek to Beijing. 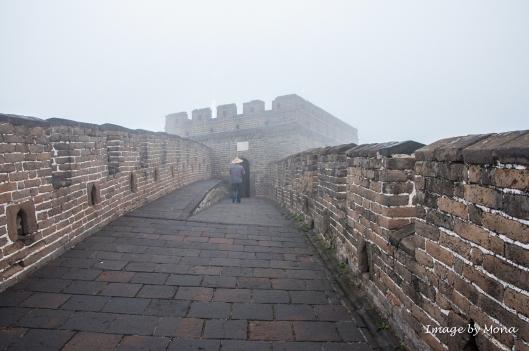 Before my once-in-a-lifetime visit to this testament to the determination of man, I did a lot of research and saw images of breath-taking vistas and panoramas of the wall snaking across the mountain ridges. However, that was not my wall. My wall was shrouded in mist…a mist that turned into the most awesome thunder and lightning storm I’ve ever experienced. At 3 PM, the black sky was punctuated with flashes of brilliant light that revealed torrents of rain.

An hour before the skies opened and Zeus let loose with his thunderbolts, I was lost on top of the wall. YES! I was alone and lost, standing at a Y in the wall, not recognizing a single brick or stone. To my relief, I was saved by young tourists from Northern Europe who pointed the way to the tram. Oddly enough, I was not afraid, only bemused, thinking, well, if I die, at least I’ve had this incredible adventure. I did not, however, welcome the idea of spending the night alone, huddled against the cold on the top of the wall.

Click on any image for a better view and description. 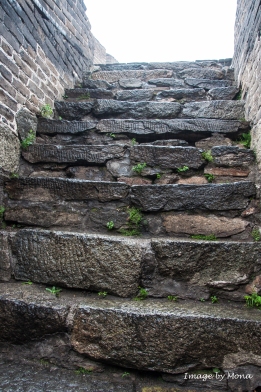 Imagine the hands that labored to build these steps on the top of the mountain, a half-day hike from the base. 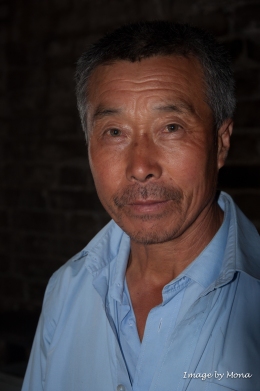 This man allowed me to take his picture if I bought his postcards. It remains one of my favorites. 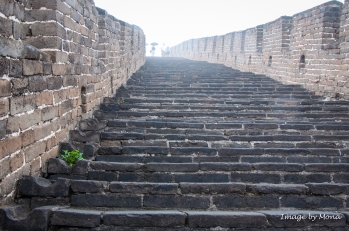 The steps are narrow and sometimes steep because the wall follows the ridges of the mountain.

Of course, it is impossible to get on or off the wall without passing through the corridor of vendors. I laughed with them as we haggled over the price of silk jewelry bags and chopsticks.

As I am putting together this post, Billy Joel’s song toys with my memory. Why not? Here, for your enjoyment, is one of my favorite artists: